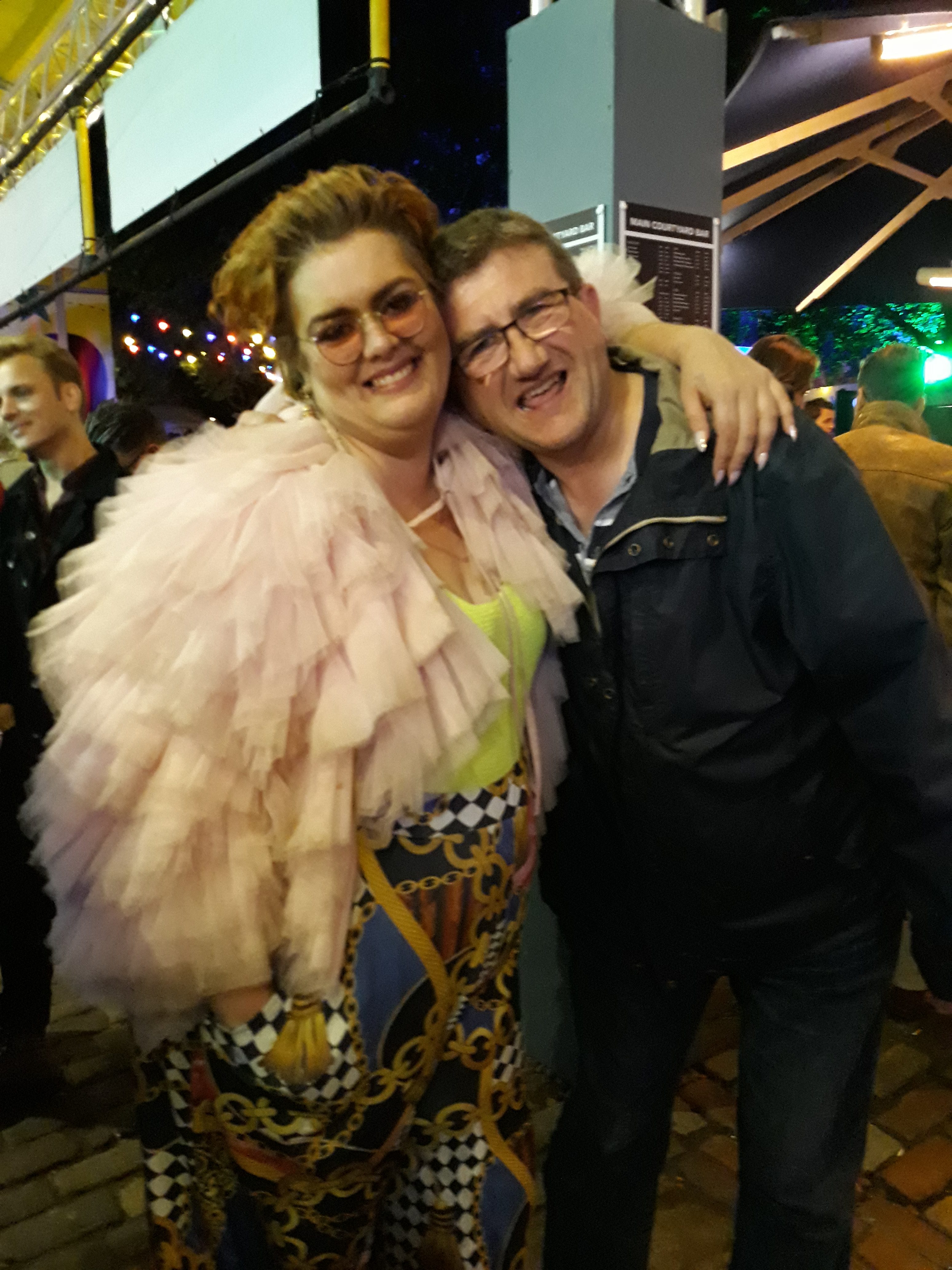 Bristolian comedian Jayde Adams was a force of nature as I encountered watching her show The Divine Ms Jayde at the Edinburgh Fringe Festival in August 2018.  The musical stand-up show combined her striking vocals and Olivier award-winning accompaniment from Richard Thomas co-creator of Jerry Springer: The Opera. She was wheeled on stage under a flowery arbour. She splayed herself across a grand piano and she sang like a trouper. The comedy was good too including an inspired routine about her Bristol accent and rejoicing plus-size bodies.  After the show, I met her in the Pleasance Courtyard and she was extremely charming and funny.

I saw Adams again in October 2018 when she played Always Be Comedy.  her confidence on stage and total command of the room was a joy to watch and her outrageous and fearless stories delighted the crowd.

In August 2019, for her new Edinburgh Festival Fringe show, the glitz and glamour had gone in favour of a black turtle-neck jumper and jeans – the uniform of anyone who wants to be taken seriously she ironically told the large crowd as she walked onto the stage.   The topic of her show The Ballad of Kylie Jenner’s Old Face was feminism and she delivered a new perspective on the subject that was influential and hilarious.  Focusing on celebrity and the marketing of what should be a massively optimistic undertaking, her points were well thought out, well made and extremely funny.

Adams also proved to be a very quick-witted compere confidently getting to know her audience effortlessly entertaining them whilst introducing acts for the Edinburgh Comedy Allstars showcase that I saw at the Fringe in August 2019.

Adams is an extremely talented performer and comedian whose star quality is amazing and deserves every success.