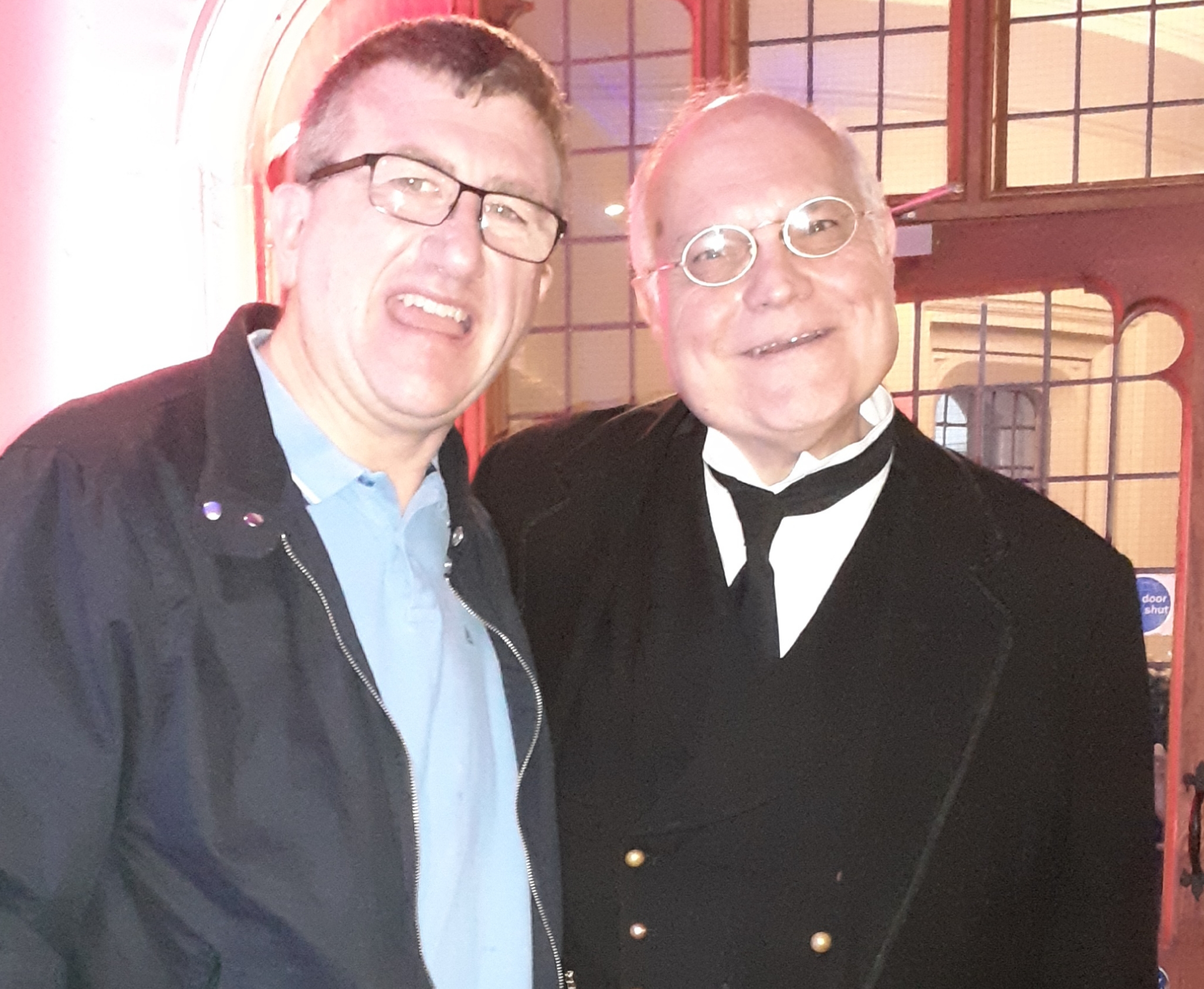 Mike McShane, the American comedy actor and improviser is one of the regulars with Paul Merton’s Impro Chums who I saw perform the Edinburgh Fringe Festival in August 2018 and 2019.  The show based on audience suggestion is performed by the team of improvisers: Merton, Suki Webster, Lee Simpson, Richard Vranch and McShane which is different every day,  The performances I saw, featured McShane wittily delivering Shakespearian lines one minute followed by horror the next and so on – his range is enormous and very entertaining.

For the Comedians Theatre Company, McShane directed and starred in one of playwright Eugene O’Neill’s last plays that I saw at the Edinburgh Festival Fringe in August 2019.  I was intrigued by this because I had seen O’Neill’s great play years previously Long Day’s Journey Into Night on stage starring my favourite actor Jack Lemmon.  The play is a short two-character study set in the lobby of a small hotel on a West Side street in midtown New York during the summer of 1928. In a nutshell, the play is a long monologue delivered by a small-time hustler named Erie Smith (played by Phil Nichol) to the hotel’s new night clerk Charlie Hughes (McShane), lamenting how Smith’s luck has gone bad since the death of Hughie, Hughes’ predecessor.  The script and acting were excellent and it was a pleasure to meet McShane, a Fringe stalwart after the performance.