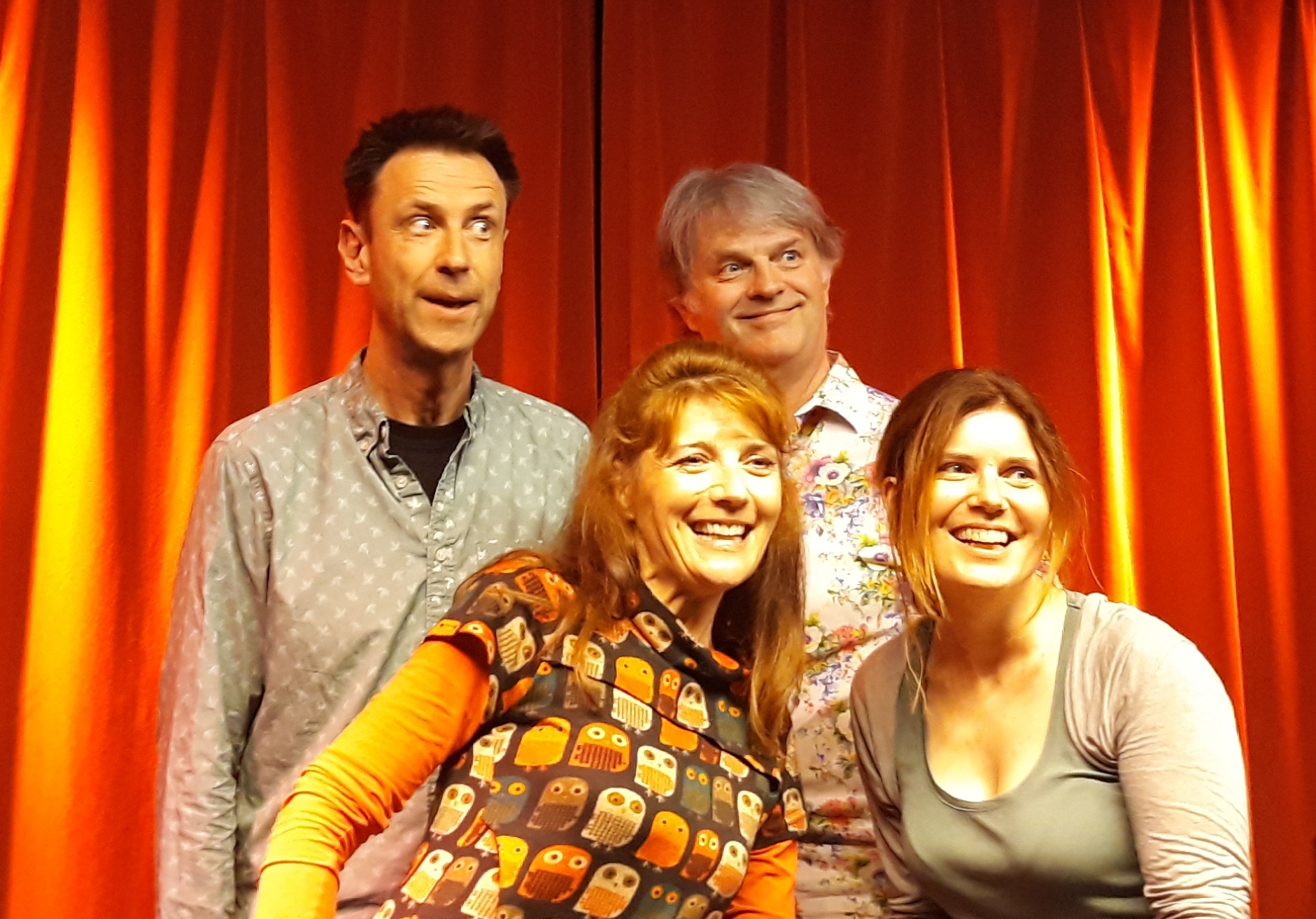 The improvisational creative star and very funny lady brought her show Guest Speaker to the Museum of Comedy in London which I saw in June 2018. Starring alongside some of the best improvisers in Britain, Lee Simpson, Briony Redman and Paul Merton, the show featured solo and group improvisational games based on suggestions by the audience.

Particularly impressive was Webster’s impersonation of the Queen recounting an absurd story provided by the audience where at certain points when prompted changing the last line spoken to something more ridiculous making the story very funny.  I have watched Webster perform improvisation for many years and she is a great performer.

I watched Webster again at the Edinburgh Fringe as part of the team of Paul Merton’s Impro Chums in August 2018.  Together with Richard Vranch, Mike McShane, Simpson and Merton, they gave a fantastic, funny and very popular improvised show.

I saw Webster again use her improvisation skills on Whose Line Is It Anyway Live at The Fringe and Paul Merton’s Impro Chums when I went to the Edinburgh Festival in August 2019.  Webster is one of the best at immediately adapting to a bizarre situation suggested by the audience and is one of the most popular improvisers I have seen.