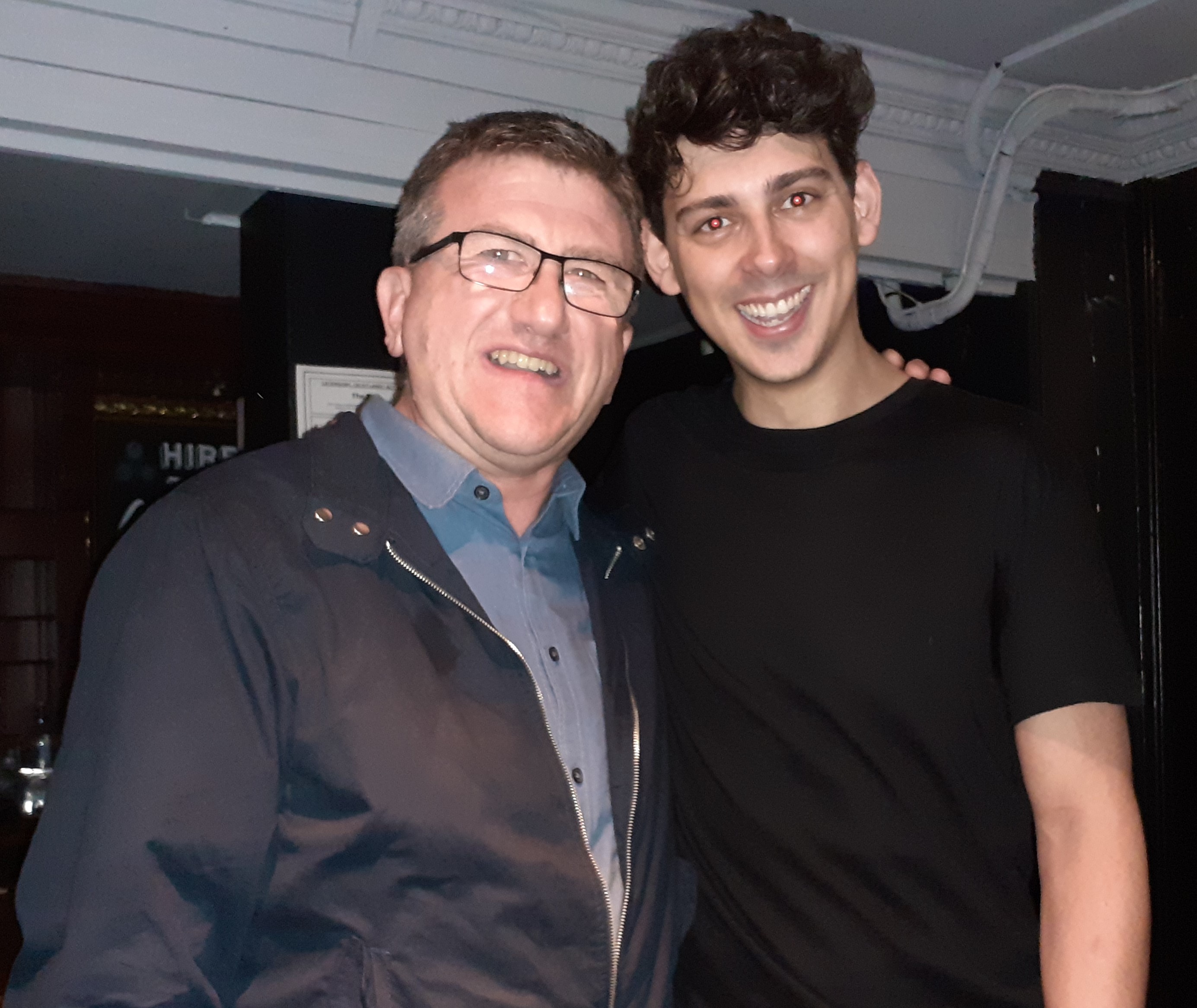 Matt Richardson triumphantly returned to Always Be Comedy in April 2018 to headline the show.  The small room allowed Richardson to engage and interact with the audience with ease.  Halfway through his energetic set, he looked and grinned at me uproariously laughing at him from my front row seat and said, ‘Why are you laughing? You have seen all this before!’ which made me chuckle more.

In January 2019, the comedian compered Just The Tonic Saturday Night Comedy in London.  The extremely confident performer delivered highly entertaining stories about things in every-day life that annoy him before introducing the acts.

In August 2019, I saw Richardson perform his solo show Imposter at the Edinburgh Festival Fringe.  Feeling like an imposter, by recalling his television and show-business experiences and being an adult in general, the show was a brilliant hour of unrestrained and raucous continual laughter and it was a pleasure to meet the funny man after the gig.   Richardson is an extremely likeable and quick-witted comedian who I always look forward to seeing; who has made me laugh a lot at his performances and who deserves every success.